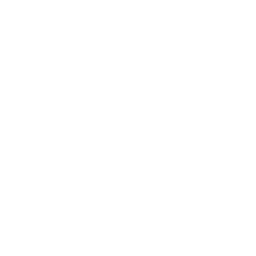 The Ultimate Guide to OEE for Assembly

This article is meant to be a comprehensive guide to getting started with OEE for operator-paced environments. It will cover the what, why, and how around OEE. The intention is to introduce OEE to the broader manufacturing community, so all types of discrete manufacturers can reveal their hidden factory.

OEE (Overall Equipment Effectiveness) is a measure of manufacturing performance that compares actual throughput to its theoretical maximum capacity. OEE represents the percentage of manufacturing time that is truly productive. An OEE of 100% means you are manufacturing only good parts, as fast as designed, with no unplanned stops.

OEE is more than just one number that indicates the efficiency of a process. OEE categorizes all time in a production environment, providing details on where losses occur. By measuring OEE and the underlying losses, companies gain important insights on how to systematically improve their operations. OEE is the single best metric for identifying losses, benchmarking progress, and improving the productivity of manufacturing processes.

OEE was originally created for measuring machines, but it can be used for any discrete manufacturing operation. It is a generalized model of time that can be applied to any process, as long as you have the data.

There’s almost always a gap between actual throughput and planned production targets in manufacturing. Operator-paced environments usually have a hard time identifying exactly where the losses occur. These unknown losses are called the hidden factory, which makes process improvement subjective and elusive.

When OEE is tracked for equipment, much of the data is automatically captured. Getting this data can be trickier for assembly operations. Most commonly, it’s collected via pen and paper and stored in spreadsheets, but there are also software solutions to streamline this process. Once the data is collected, it must be organized to produce useful insights – which is where OEE comes in. OEE reveals the hidden factory by quantifying production losses, showing exactly why targets are missed and enabling the team to pinpoint the most effective corrective actions.

In these next sections, we will break down OEE by category: Availability, Performance, Quality. Each category is broken down into three parts: Defining, Calculating, For assembly. The ‘Defining’ part will introduce that category and its components – which set up for the calculations. The ‘Calculation’ part shows how the category is calculated to give a deeper intuition around the metric. Lastly, the ‘For assembly’ part covers how the category is applied to an operator-paced production environment.

Here is the simplest formula for OEE:

But this doesn’t provide any information on where losses occur, giving it limited usefulness for improving manufacturing processes. The rest of this article will go into the more detailed way of calculating OEE. This requires much more data, but provides invaluable insights into what’s actually happening on the shop floor.

OEE puts losses into 3 categories. Each category is measured as a percentage, which helps diagnose issues and track improvement.

World class goals for OEE are 90% Availability, 95% Performance, and 99% Quality, giving an overall OEE of 85%. What this means in terms of parts, is that based on the planned production time, the goal is to make 85% of the plan. If the planned production time is 100 minutes with a design cycle time of 1 minute, the plan would be 100 parts and world class performance would be producing 85 parts.

OEE is easiest understood as starting with all possible time, and losing it – or not turned into making parts – for various reasons. This is summarized in these next images and we will break them down throughout this article.

Starting with all time, which is every minute of every day.

Scheduled loss is time that production isn’t planned to be running. For example, if you only run a single 8 hour shift daily, you’ll have 16 hours of scheduled loss. Some companies consider breaks, shift setup, and shift cleanup to be scheduled losses, while others consider them to be availability losses. This depends on a number of factors, as well as preference.

Before jumping into each category, let’s quickly discuss our units: time and parts. In order to calculate OEE, a design cycle time is needed for each part that will be run. With that, time can be converted to parts and vice versa, since all planned production time is meant to be making parts. Mixed model environments will calculate OEE for each part, then combine them with a weighted average based on time.

The design cycle time is the optimal rate of production.

Since rate is the reciprocal of time, time can be converted to parts by dividing by the design cycle time (multiplying by the rate of standard production).

Likewise, parts can be converted to fully productive time by multiplying by the design cycle time (dividing by the rate of standard production).

In an operator-paced environment, design cycle times need to be created based on time studies and standardized work. This can take some work and isn’t a static metric. If the process changes, so should the design cycle time.

Run time is the amount of time production is running. Stoppages during planned production time are called availability loss and are either from downtime or changeovers.

In an operator-paced environment, downtime is anything – other than changeovers – that stops an operator from making parts. More about this in “Availability for assembly”.

Availability in operator-paced production measures environmental issues that stop operators from being productive. As mentioned above, availability losses are categorized in two ways: changeovers and downtime. Changeovers are the time it takes to transition between work orders, which may include changing models. Downtime is any disruption or task that takes the operator away from making parts – such as equipment downtime, non-cyclical work, and major stoppages. Some examples of downtime include equipment failure, getting parts, completing paperwork, waiting for support, or any other reason production has stopped. Since downtime is usually associated with only equipment, it’s important to create awareness around other stoppages to make sure that time is documented correctly.

Accurately measuring, documenting, and tracking availability losses is challenging in assembly environments. This process can often lead to significant downtime itself. Without a stopwatch or timer, operators estimate downtime and changeovers, leading to inaccurate and incomplete data. It’s a delicate balance between clarity and effort. However, understanding downtime ultimately helps prioritize and focus resources to resolve the greatest causes of losses.

Reducing availability losses are one of the biggest opportunities to increase throughput. Availability losses can be minimized through setting goals, prevention, and proper categorization. The best way to minimize changeover losses is to standardize changeover processes and times – much like standardized work with a design cycle time. Frequent monitoring and feedback ensures the time doesn’t drift and maintains consistency, providing minimal and predictable losses. Downtime losses occur from the largest variety of reasons, making prioritization crucial for improvement. Best practice is to use a pareto chart of top causes to inform countermeasures. Non-cyclical causes can be eliminated immediately by delegating tasks to an external operator, known as a water spider, to minimize disruption of production. Working directly with the production team to identify and improve causes will minimize availability losses.

Performance is a measure of production pace relative to the design cycle time. This is a critical metric for manual production environments, since the operators are responsible for the pace of production.

Net run time is the design cycle time x total count of parts made (including rejected parts). The difference between net run time and run time is performance loss. Performance loss occurs from either slowed speed or minor stoppages in production, which can be considered pacing loss.

Performance in operator-paced production measures the operators’ pace compared to the standard. As mentioned above, performance losses come from slowed speed and minor stoppages. Slowed speed is when an operator is performing at a slower pace than the design cycle time. Minor stoppages are short delays that aren’t long enough to be considered downtime. Some examples of minor stoppages include orienting parts, adjusting assembly, struggling with fixtures, or any other fiddling beyond standardized work. Although small, at high frequencies, this time can add up to significant losses throughout the shift.

Performance losses are the most challenging to address in operator-paced environments because operator work is more variable than machines and the operator is typically unaware of their pace. Unless there is a way to isolate performance, these losses are nearly undetectable. Even after a production gap is recognized at the end of the hour or shift, it can be difficult to distinguish between performance loss and availability loss without accurate measurement systems.

Quality will be the most familiar, it’s a measure of losses that occur from parts not meeting quality standards.

Here, it’s most useful to think in parts. Again, to convert time to parts, we can divide both sides by the design cycle time.

Quality is the ratio of good parts to total parts, the same metric as yield. Quality of 100% is when the good count = total count.

Quality for assembly is the same as quality for other discrete manufacturing. The quality metric tracks the number of good parts to rejected parts, indicating scrap of time and materials.

Similar to downtime, quality losses occur for a variety of reasons, making prioritization necessary. Best practice is to use a pareto chart of top causes to inform countermeasures and track changes over time. Another way OEE helps manage quality is through appropriate escalation within the shift. By having the quality ratio readily available, operators can escalate quality concerns early so that countermeasures are implemented quickly, reducing further rejects throughout the shift.

Now that we have each category calculated for our example, obtaining the final OEE metric is simple.

Notice the compounding effect of the percentages (they aren’t averaged). This is because each category is a ratio of the previous – i.e. performance is based on run time, not planned production time. This isolates inefficiencies leading to more targeted countermeasures and accurate tracking of changes over time.

Recall that there’s a simple way to calculate OEE – which doesn’t require much data, but has limited usefulness for improving manufacturing processes.

Here, we will prove that both ways of calculating OEE are equal.

Finally, it can be converted to parts by multiplying by the standard rate of production.

OEE is a measure of manufacturing efficiency, representing the percentage of manufacturing time that’s truly productive. It categorizes all time in a production environment, making it an invaluable tool for systematic process improvement.

In operator-paced environments, where the hidden factory is generally large, OEE can be a powerful framework for driving process improvement. Without a clear diagnosis of production losses, teams spin their wheels, waste time, and struggle to solve issues – causing frustration and lowering morale. OEE provides insights into inefficiencies by breaking down losses into availability, performance, and quality. When losses are captured in this way, it’s quite eye-opening for the team to see where the issues actually lie and realize how many problems can be solved through simple corrective actions. Clarity creates hopefulness around improving performance – energizing and engaging the team in continuous improvement. This type of contribution is addicting, establishing a positive company culture around ownership and high performance.

Stay up to date with our latest blog posts on improving assembly manufacturing operations.

Thanks for joining our newsletter.
Oops! Something went wrong.
Don’t worry we won’t send you spam

View All Articles
No items found.